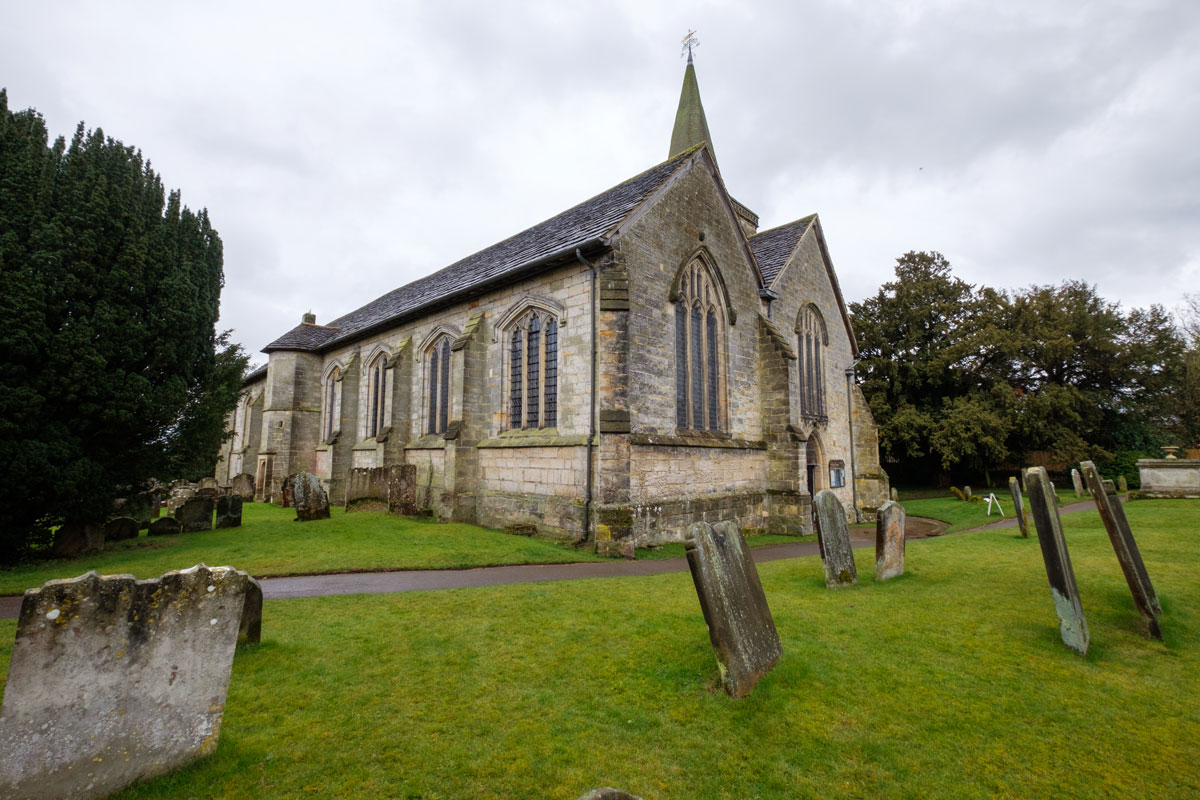 There was a Saxon church on this site well before the Norman Conquest. It may have been small but it did have a tower. The only part that remains visible is the lower portion of the walls by the West Door. Around 965, the church and its lands (about 600 acres) were gifted to Hyde Abbey, Winchester as part of King Edgar’s consolidation of his emerging Kingdom of England. 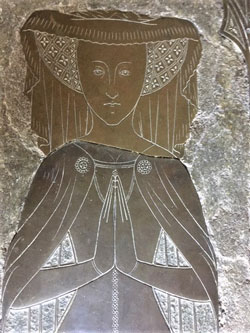 The church served the needs of the parish until about 1300 when the Cobhams, an important Kentish family (Henry de Cobham was on the Third Crusade with Richard I in 1191) acquired the Manor of Starborough. With the permission of the Bishop of Winchester, the Cobhams rebuilt the church in the mid fourteenth century as their family’s final resting place. The present tower and chancel date from this time.

The First Lord Cobham (1295 – 1361) served Edward III, both as a soldier and diplomat. He fought at Crécy (1346), was one of the first Knights of the Garter and was allowed to crenellate his manor house which then became known as Starborough Castle. 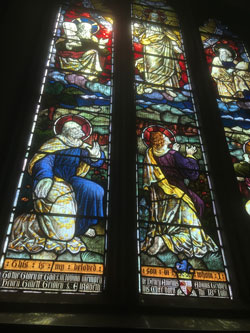 In the next century his grandson, Sir Reginald de Cobham (1382 – 1446) rebuilt the nave and added the north aisle so as to provide the family with an even grander place for family burials. In 1432 he endowed a chantry college of priests with intercessory responsibilities for the repose of his and his family’s immortal souls. This was sited on the western edge of the churchyard. All this involved the Cobhams recovering the advowson or patronage for the church from the Bishop of Winchester.

The church remained in the gift of the Cobhams until the dissolution of the Monasteries in the 1540s when Henry VIII gave it to Sir Thomas Carwarden, one of his Gentlemen of the Privy Chamber. Sir Thomas is buried in Bletchingley church. 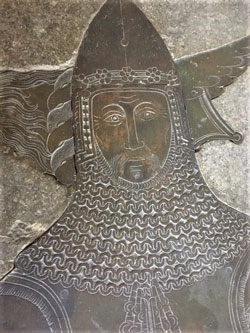 What we have today is essentially a fifteenth century building known variously as the ‘Little Cathedral’ and the ‘Westminster Abbey’ of Surrey. It has appeared on a BBC 4 documentary, and several other programmes over the years, and receives a regular stream of visitors interested in its history, its architecture, its tombs and its brasses. It has a double-nave which is rare. The tombs of the First and Second Lords Cobham were re-sited in the north chancel, in what is now the Lady Chapel, by Sir Reginald de Cobham, however he directed that his tomb be placed before the High Altar. A choir screen topped by a gallery once shielded the chapels from the prying eyes of the local peasantry meaning they could hear what was going on but could not see. The screen was completely dismantled in the 1840s, giving today’s light and airy feeling to the building. The blocked up gallery door remains high on the north wall. 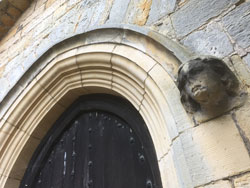 The stained glass windows are mainly good quality Victorian, but the George V Coronation window and the Millennium window are notable exceptions. The window on the south side of the sanctuary is composed of fragments of the medieval stained glass smashed by Cromwell’s soldiers.

The font is fifteenth century and was moved in 1999 when the western end of the church was remodelled to provide a meeting room and facilities.

The Lady Chapel holds the unmarked tomb of Sir Reginald’s son Sir Thomas, as well as the floor brasses of Cobham wives. 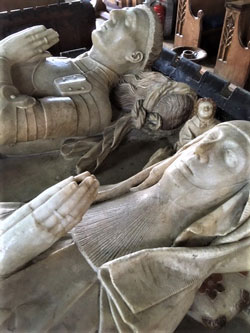 The chancel is dominated by the large alabaster tomb of Sir Reginald Cobham and his second wife Anne. The floor brasses are of college clergy shown in full Mass vestments. 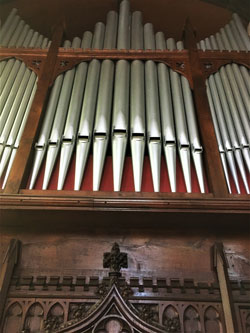 The 1911 Walker organ was restored and enlarged in 1998 but records show that there was an organ in the church as far back as the early 1500s.

There is a fine ring of eight bells in the key of F#, rung from the ground floor of the tower. The original five bells were cast by Bryan Eldridge of Chertsey in 1648. In 1934 three new bells were added and the Tenor, which had cracked, was recast.

The church is also the spiritual hub of the village; the church is open every day during daylight hours, and many people drop in to pray and enjoy its tranquillity.